Tonight – How Safe is Your Job? With unemployment rising, what are your chances of joining the dole queue by Christmas? Monday 17 November 2008. Since I was on the show, I’ve lost 8 stone! access the programme via this link.

ITV programme about St Helena. Filmed whilst on holiday on St Helena  – the British Overseas Territory in the South Atlantic. (about 1.11 in, and filmed in a later episode) 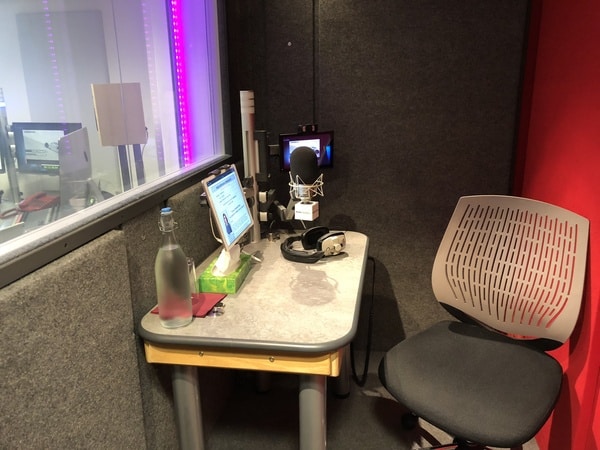 I’m a seasoned radio contributor with well over 250 appearances.

I had a regular slot as midnight expert on the Phil Williams Show, BBC Radio5 Live; and appearances on The Today Programme Radio 4, numerous shows for BBC Gloucestershire; BBC Three Counties Radio, BBC Hereford and Worcester, City Talk Radio And more. My very first radio appearance was BBC Radio 4, Nice Work, back in 2004.

March: BBC Hereford & Worcester – Is it time to report yourself?

October: BBC Hereford and Worcestershire – Changing careers in a pandemic

July: BBC Hereford and Worcestershire – Should you take a shop floor job?

October: A media day on the psychology of seat choice on behalf of National Express, I was interviewed on the following radio stations and you can read more here.

August: BBC Radio Berkshire – Is it the end of the 9-5 working day?

25 April 2017: LBC Radio. Talking with Nick Ferrari about ‘Students should not have to worry about graduate employment while at university, outgoing head of UCAS says’

18 April 2017: Radio Hereford & Worcester – Talking about are you ever to late to go after your dream job

23 November 2014: How to ace assessment centres with Graduate Job Podcast

2 November 2012: Radio Gloucestershire – Discussing topical issues with Kate Clarke on a 1 hour segment of the show

16 August 2012: BBC Scotland – Practical suggestions for when you only get part time work offered.  On the Kaye Adams Show.

28 April 2012: Radio Gloucestershire – Discussing topical issues with Kate Clarke on a 1 hour segment of the show

27 February 2012: Three Counties Radio – Jonathan Vernon Smith discussing ‘Is it wrong to ask people to work for their Jobseeker’s Allowance?’

14 January 2012: Radio Gloucestershire – Discussing topical issues with Kate Clarke on a 1 hour segment of the show

12 October, 2011: BBC 3 Counties Radio – Discussing unemployment and how to find a job with Johnathan Vernon Smith

31 August, 2011: BBC Radio Scotland – Discussing how to fall in love with your job with Stephen Jardine on the Fred Macaulay show

14 December 2010: 3 Counties Radio, discussing comments in the news by a Tory Councillor

8 November 2010: Talk Radio Europe talking with Ritchie Allen about getting the unemployed into work

8 November 2010: 3 Counties Radio, discussing getting the unemployed back into work

02 December 2009: City Talk Radio – how to motivate yourself

27th July 2009: Radio Gloucestershire – Discussing when to clear out children’s things after they leave home

26 May 2009: City Talk Radio – Commenting on unemployment figures and job search on the Dean Sullivan Show

07 May 2009: City Talk Radio – Motivating staff at work on The Paul Jacobs Show

07 May 2009: Motivating staff at work on The Paul Jacobs Show

21 January 2009: 3 Counties Radio – How to get a job in a recession with Jonathan Vernon-Smith

February 2004: BBC Radio 4 – Discussing different approaches to Careers Guidance. I was the mainstream one!